The Czech Olympic Committee welcomed the third meeting of the POINTS Project, in Prague 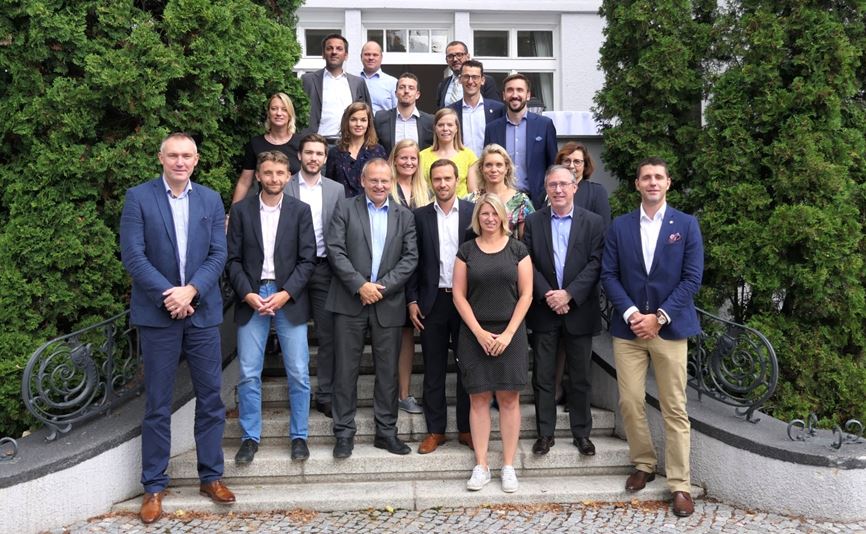 On 10 and 11 July, the Czech Olympic Committee kindly welcomed all partners of the POINTS project for the third meeting of the group. With the presence of 20 representatives of partner organisations, the consortium concluded the first phase of the project with the final discussions on the Guidelines for Single Points of Contact on Integrity (SPOC) before opening the second phase related to the development of educational activities.

The presence of Jiri Kejval, IOC member and President of the Czech NOC, Vice President Roman Kumpost and Secretary General Petr Graclik, illustrated the strong commitment and support of the Czech Olympic Committee to the project as well as the importance of the topic as underlined by Jiri Kejval during his introductory words.

With this meeting, the group finalised the Guidelines and reached a common position on some key elements regarding the future use of the document. While an update of the Guidelines will be made following the implementation of the educational programme, the partners can already start the internal process leading to the nomination of a SPOC in their organisations. The group also agreed to progressively initiate the launch of a European network of SPOCs.

The second point on the agenda was the first exchange of views on the educational seminars for Single Points of Contact that the project consortium will develop. Indeed, in 2019, nominated SPOCs and representatives of partner organisations will follow training activities to strengthen their ability to conduct the work of a SPOC. In this regard, Laura Schoch, Project coordinator at the IOC Unit on the Prevention of the Manipulation of Competitions, and Dieter Braekeveld, INTERPOL, presented the respective activities conducted by their organisations in the field of integrity.

Then Folker Hellmund, Head of EOC EU Office and Valentin Capelli, Project Manager, presented the design of the future seminars which will be composed by 3 sessions focusing on topics as well as aiming at strengthening the  respective skills of the SPOCs.

The group agreed on the global structure of this programme and on the different type of activities which will compose the seminars to be held in the first part of 2019.

The EOC EU Office wants to thank all partners for their fruitful contributions as well as the NOC of Czech Republic for the perfect organisation of the meeting. The next meeting of the group will take place in October, in Brussels.