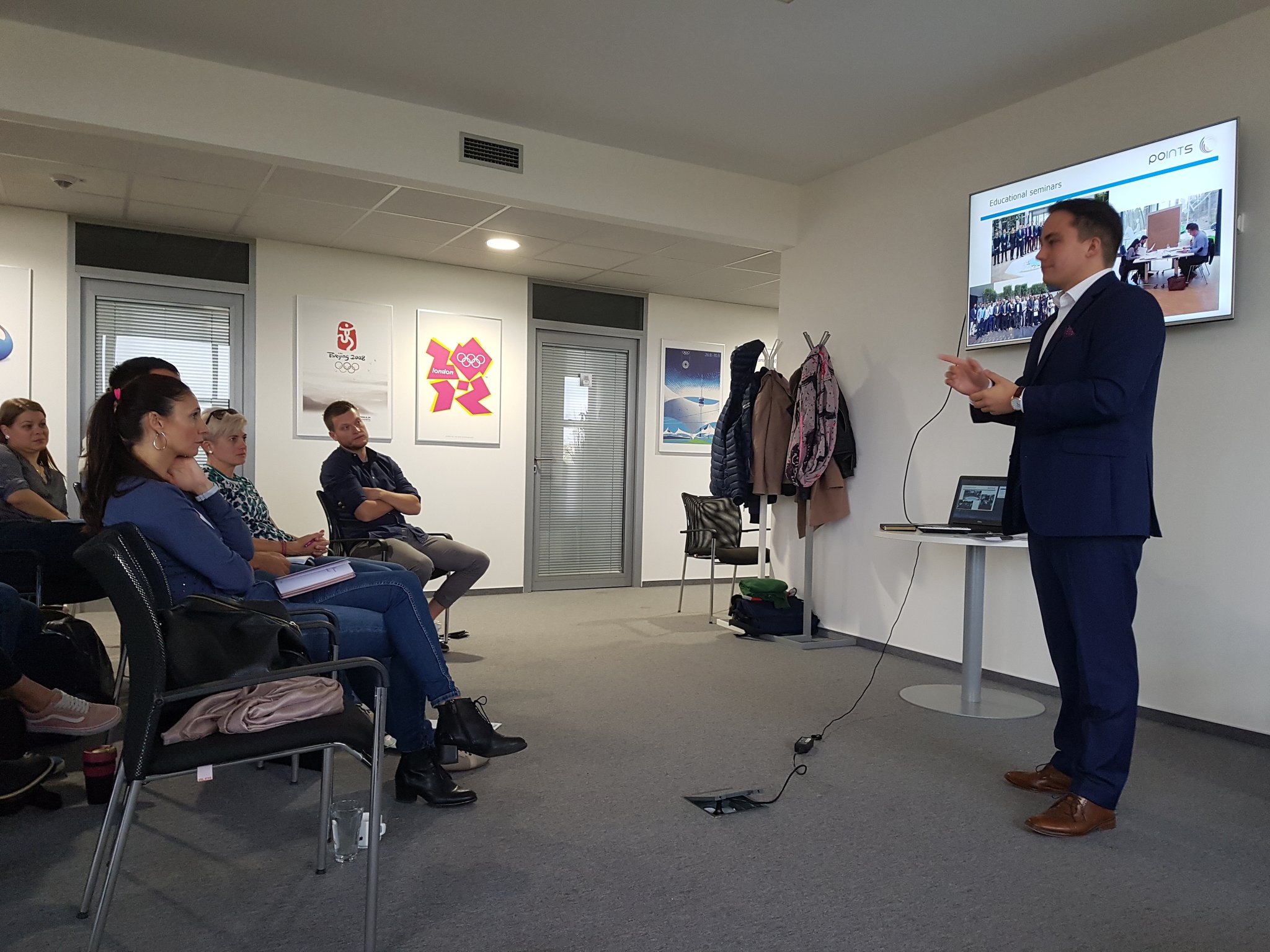 In October two National Olympic Committees organised the first national workshops foreseen in the framework of the POINTS Project. Following the development of the Guidelines for Single Points of Contact for Integrity (SPOCs), in 2018, and the training of the nominated SPOCs in the first part of 2019, the project entered the final phase with the organisation of national workshops within partner organisations. These workshops aim at introducing the nominated SPOC to national stakeholders and discussing different aspects of integrity with the national federations.

On 18 October, the Czech Olympic Committee (COV) was the first partner organisation to host a National Strategic Workshop, in Prague. The workshop took place in the framework of the third edition of the Sport Diplomacy programme where representatives of Czech and Slovak federations study different modules related to the international dimension of sport before completing individual working projects.

Following a general introduction on integrity, the POINTS project and the concept of Single Points of Contact were presented to the participants. Then, the national situation and the position of ombudsman in the Czech NOC were discussed. The two other sessions of the day were led by two participants of the POINTS educational seminars which took place in the first part of 2019. Lenka Rudová from Czech Athletic Federation conducted a workshop on good governance by organising case studies activities while Jiřina Prokopová, from Czech Chess Federation introduced her work on cheating in chess. Ivan Michňa, from Czech Football Federation concluded the day by discussing competition manipulation in football and the activities conducted by the FA. The updated version of the SIGGS self-evaluation tool was also on the agenda of the meeting and all participants were invited to create an account and assess the activities and level of good governance in their organisation.

NOC Slovenia organised POINTS Workshop on 21st and 22nd October as part of a bigger national event on sport integrity. Dr Tone Jagodic, SPOC for the Slovenian NOC and Chair of the Ethic Commission, and Ales Solar presented the POINTS project and the concept of SPOC to 27 representatives of national sports federations, representatives of Ethic Commission as well as to the representatives of the Ministry of Education, Science and Sport. Then, the topic of competition manipulation was discussed with a special focus on the future establishment of the national platform for prevention of manipulation of sports competitions. The workshop was a perfect opportunity to reinforce the cooperation between the NOC, the national federations and public authorities.

The second key topic discussed during the event was the governance of sport organisations in Slovenia. In this regard, the role and responsibilities of sport federations was on the agenda and different activities have been presented including the work done by the Ombudsman for Athletes Rights and the new version of the SIGGS self-evaluation tool.

The participants finally exchanged on common roadmaps to implement an efficient integrity strategy at national level and agreed to organise another meeting in January to further discuss the setting-up of the national platform and to continue to promote the position of SPOC.

All other partner organisations of the POINTS project will also organise their own National Strategic Workshops in 2020.